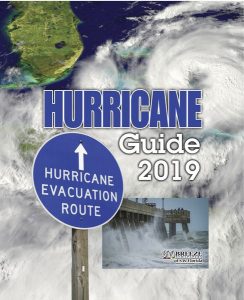 Hurricane preparedness information may be found on the Cape Coral Daily Breeze website.

The country’s top hurricane predictors are forecasting 13 named storms for the forthcoming Atlantic hurricane season — which begins Saturday — a slightly below-average season in their estimates.

The Colorado State University Tropical Meteorology Project team is citing the below-average season to a high likelihood of a weak El Nino as a primary factor.

Though forecasters may say it is looking like a “weak” season overall, Southwest Florida residents know all too well that just one storm can change everything.

“It takes only one storm near you to make this an active season,” said Michael Bell, associate professor in the CSU Department of Atmospheric Science, in a release.

That is the same mindset of Lee County’s Director of Public Safety and Emergency Management, Lee Mayfield.

“Not much,” he said of what his team takes from the forecasters. “There are no values in predictions for us. It doesn’t change how we do things in Lee County. We treat every season like we may get an impact.”

“1987, 1991, 2002 and 2009 had below-average Atlantic hurricane activity, while 1969 was a very active hurricane season,” said Phil Klotzbach, research scientist in the Department of Atmospheric Science and lead author of the report, in a release.

The team at CSU is touting this season as being “about 75 percent of the average season.”

Last year, hurricane activity was at nearly 120 percent of an “average season” that included hurricanes Florence and Michael.

Their landfall probability report states that there is 28 percent chance of a major hurricane making landfall on the Gulf Coast of Florida, extending to the Panhandle and west to a Texas coastal city near the border of Mexico named Brownsville.

The average percentage over the last century of a major hurricane hitting the aforementioned area is 30 percent.

Though wind may play a major role in damages to a city, town or individual’s property, storm surge also can be a dangerous factor in coastal communities such as Cape Coral, Fort Myers and the islands of Sanibel, Captiva, Fort Myers Beach and Pine Island.

According to CoreLogic, a leading global property information, analytics and data-enabled solutions provider, 7.3 million homes along the Atlantic and Gulf coasts are at risk for hurricane storm surge damage, totaling a potential of $1.8 trillion in reconstruction costs, said their 2019 CoreLogic Storm Surge report.

“It is essential to understand and evaluate the total hazard exposure of properties at risk of storm surge prior to a hurricane event, so insurers can better protect and restore property owners from financial catastrophe,” said Dr. Tom Jeffery, senior hazard scientist at CoreLogic, in the report. “Damage from storm surge and inland flooding has proven to be far more destructive than wind in recent years, so we cannot rely on the hurricane category alone to give us a sense of the potential loss. “A Category 5 hurricane in an area with few structures may be far less devastating than a Category 1 hurricane in a densely populated area.”

The National Oceanic and Atmospheric Administration is also predicting a “near-normal” Atlantic hurricane season, due to, as CSU reports indicated, a “warmer-than-average” El Nino.

“With the 2019 hurricane season upon us, NOAA is leveraging cutting-edge tools to help secure Americans against the threat posed by hurricanes and tropical cyclones across both the Atlantic and Pacific,” said U.S. Secretary of Commerce Wilbur Ross, in a statement. “Throughout hurricane season, dedicated NOAA staff will remain on alert for any danger to American lives and communities.”

NOAA forecasters foresee 9 to 15 named storms, of which 4 to 8 could become hurricanes, including 2 to 4 major hurricanes.

NOAA stated that they provide these ranges with 70 percent confidence.

The average hurricane season sees about 12 named storms, of which six become hurricanes, including three in the “major” category.

The first named storm of the season, Andrea, has already come and gone. Andrea weakened to a post-tropical cyclone on May 21.

With the start of hurricane season comes the beginning of fertilizer bans across Southwest Florida.

“The fertilizer ordinance was adopted to reduce the amount of nitrogen and phosphorus that enters our local waterways. Limiting these nutrients is an important step in improving water quality in Southwest Florida,” said Cape Coral spokesperson, Maureen Buice.

Here are the key points of the fertilizer ordinance:

* No fertilizer use is permitted between June 1 and September 30.

* No fertilizer use is allowed of any kind if a storm watch or warning is in effect.

* No fertilizers can be used within 10 feet of any body of water – measured from the top of a seawall.

* The percentage of slow-release nitrogen content in any fertilizer used during the remainder of the year (January-May and October-December) must be at least 50 percent.

* No grass clippings or vegetative debris may be swept or blown into stormwater drains, conveyances, bodies of waters, sidewalks or roadways.

These restrictions apply to citizens and commercial lawn services.

There will be a handful of hurricane seminars around the county, beginning on June 14, where residents can gain information on how to prepare for the season.

Additional seminars may be added and can be found at www.LeeEOC.com.