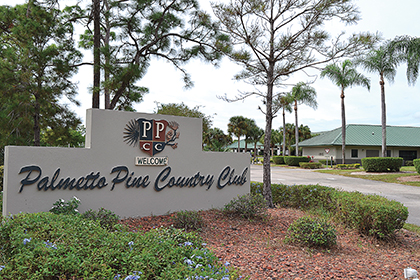 A Cape Coral gem with deep roots in the community is celebrating its 50th year of providing top-notch golf play and recreational services to residents of the city.

Palmetto-Pine Country Club is set to host its 50th Anniversary Gala this Saturday, from 5:30-9 p.m., where club members past and present will toast to five decades of bringing the community together via a love of sport and creating bonds that are as full and as beautiful as the club’s Bermuda grass greens.

“It’s almost like family to me,” said David Gomer, who has been a member of Palmetto-Pine since the club’s inception 50 years ago.

The Gala event will kick off with a cocktail hour, followed by dinner and an evening of dancing and live entertainment.

An eight-piece band will provide the background to a night of celebrating history. 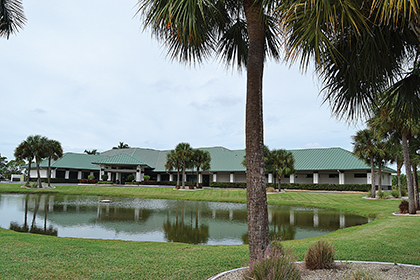 A slide show depicting days of yesteryear will highlight the growth of the club over time.

“We’re going to have a beautiful event,” said Chris Ferguson, Palmetto-Pine house committee member and one of the organizers of the evening. “It’s a black-tie optional event. We wanted to make it worthy of a 50th Anniversary Gala.”

Attendees will be able to remember the night for years to come via a souvenir picture frame guests can fill with photos taken at the photo booth on-site.

“The night is just for everybody to have a really good time and to celebrate the club and the people who have made it what it is today,” Ferguson said. “It’s a great place to be, whether that’s socially or for golf. It’s like a family.”

On Nov. 19, 1969, articles of incorporation were drawn up and signed by seven gentleman who had a love of the game, and purchased land that was eventually developed into the over 6,500-yard course we see today.

About a year later, the first players teed off in late 1970.

When the land was purchased from Gulf American, it was densely covered with Southern Florida Slash Pine and Palmetto Brush — thus, creating the namesake people of Southwest Florida and Cape Coral have enjoyed for decades.

“The golf course today is in probably the best condition since it opened,” Gomer said. “The course has changed over time. When it first opened, the fairways were very narrow and is much more open now. But really right now, the greens and the fairways are probably as good as they’ve ever been.”

The course’s first 135 memberships were sold almost immediately, and the club rapidly grew in popularity across Cape Coral, where there were fewer options to play a round of golf then, as opposed to now.

“I saw it grow to a point where we actually had a waiting list for those who wanted to join,” Gomer said. “Unfortunately, over the years with the economy falling apart, we lost a lot of our members. But, we’re back now where we’re starting to grow again. And of course, the reason we’re starting to grow again is because people like the conditions of the course, and we’ve opened up some memberships that are more attractive to people that just want to play golf.”

Current Vice President of the Palmetto-Pine Board of Directors, Doug Thrasher, said the history of the club is one with deep roots in Cape Coral.

“Over the years, the club grew to where it had full membership (over 300) and a waiting list,” Thrasher said. “We got to be a very respectable course.”

The course is open to the public, though becoming a member is a very rewarding experience, with many opportunities to immerse yourself into all that Palmetto-Pine offers.

“There’s a very active board and membership,” Thrasher said. “Many members, who are not on the board, are on committees and involved in groups of people who actively participate in making the club what it is.

“Our club is decidedly informal. Some people hear ‘country club’ and they think of a country club like in ‘Caddy Shack.’ We’re the other end of that spectrum: friendly and down to earth.”

Some things, naturally, have changed over 50 years at Palmetto-Pine, but one thing has always remained the same: building great relationships.

“I’ve made many, many, many good friendships here,” Gomer said. “Unfortunately, many of them are gone, but, I’ve really enjoyed my time with the club. My wife and I both play golf and we know everybody here at the club and have great relationships.”

Palmetto-Pine may be a country club, but members of the public are able to book tee times as well.

“We’re really not a private country club anymore, we’re open to the public (for golf),” Gomer said. “We certainly welcome the public and I think our members are always looking to bring in new members. We’ve improved a lot.”

The location doesn’t hurt either, as it sits smack dab in the middle of the city, surrounded by residential housing.

“It’s almost exactly in the middle of Cape Coral,” Thrasher said. “It’s easy to get to, and accessible to everybody in the community.”

Palmetto-Pine plays host to a myriad of activities unrelated to golf for members to enjoy, such as: bocce, social activities, special events such as their annual “Parking Lot Party,” corn hole tournaments, dinner events, holiday events and more.

The venue is also a perfect location for weddings and large events.

Their on-site restaurant, Windows on the Green, is also open to the public and provides a scenic view of the beautiful landscape that is Palmetto-Pine.

“We have the best golf course in Cape Coral by far, and we have the best club community group of people,” Thrasher said. “We’re the only country club in Cape Coral. There are other courses, but they’re not clubs like this. We have a community and social base. The things that sets it apart for me is that this is truly community based. It’s all about the people.”

Members can stay up to date each month on the happenings of the club, via the monthly newsletter called the “Pine Needle.”

Palmetto-Pine’s pro shop is sure to have all of your needs to find yourself ready to tee-off for 18 holes of gorgeous greens, fairways and views.

A unique aspect of playing at Palmetto-Pine as opposed to other courses?

“One of the things that is unique about Palmetto-Pine is that members are permitted to walk the course anytime of the day, 365 days of the year, and it’s a great course to walk,” Thrasher said. “It’s close from one green to the next tee box, and there aren’t a lot of hills. So, it’s a great place to walk and play golf, which is a treat for those of us who like to do that.”