Sanibel and Captiva prepare for this year’s hurricane season 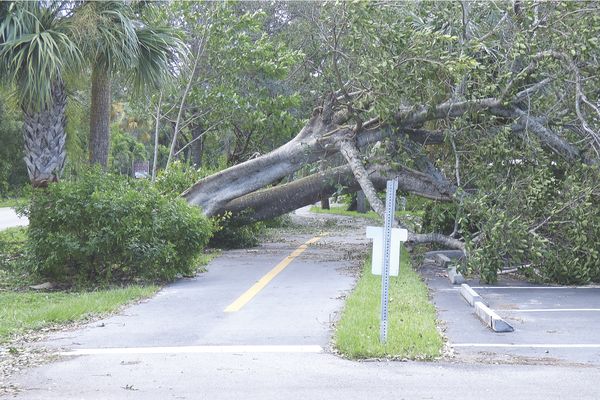 Fallen trees over the shared use path in front of Periwinkle Place. FILE PHOTO

Despite early predictions of slightly below-normal activity for the coming hurricane season, officials are encouraging the islands to be prepared and have a plan in place – as it only takes one storm.

Hurricane season is recognized as June 1 through Nov. 30.

Colorado State University’s Tropical Meteorology Project, which has been predicting the season’s Atlantic basin hurricane activity for over 35 years, is forecasting 13 named storms for 2019, with five of those reaching hurricane-level strength. According to the April 4 predication – three more will be released from June to August – two of those storms are anticipated to become “major” hurricanes.

A major hurricane is ranked as a Category 3 storm or higher. 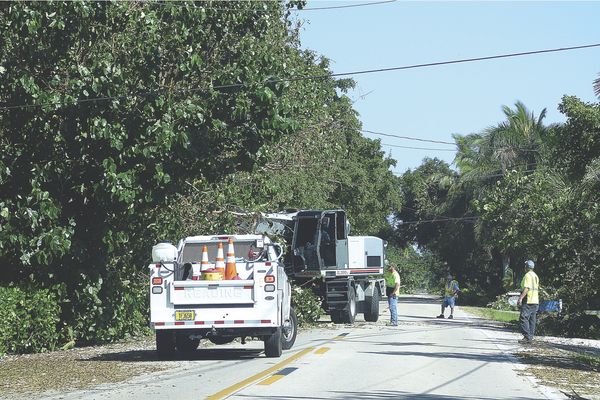 “The current weak El Nio event appears likely to persist and perhaps even strengthen this summer-fall,” it notes. “Sea surface temperatures averaged across the tropical Atlantic are slightly below normal, and the far North Atlantic is anomalously cool.”

Still, it only takes one storm, so island officials encourage preparation.

“We are a barrier island, so flooding is always a potential during a major storm and even in a minor storm depending on the wind,” Lt. Elizabeth Buikema, with the Sanibel Police Department, said. “We have very little protection out here when it comes to wind damage and even storm surge.”

On the islands, a minor storm may knock out the power for a few days and produce some flooding, while a major storm could call for evacuation. Both require planning ahead and being prepared.

“The main reasons you want to be prepared for the emergencies are so you don’t have to rely on services getting out here,” Capt. Tim Barrett, with the Sanibel Fire and Rescue District, said. 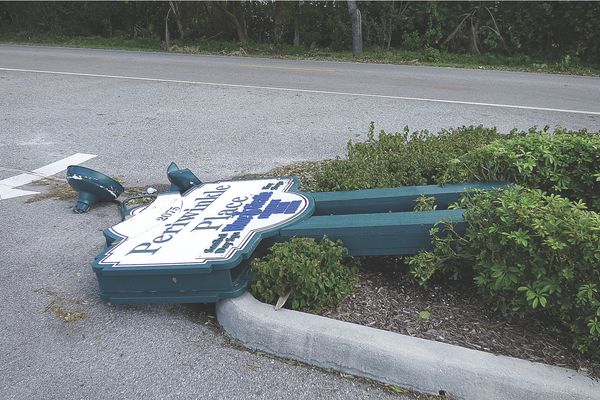 “The main thing is realize the risk and learn from what’s happened in the past,” he added.

For minor storms, the focus is on being self-sufficient until services are back online.

“With that you always want to think about having a hurricane kit,” Barrett said.

Include items like flashlights with new batteries, a battery-powered or hand-crank radio, minimum of three days of non-perishable food per person and at least a gallon of water per person for three days.

“Make sure you have a minimum of two weeks to a month’s worth of medication and make sure you refill it before the storm hits,” Buikema said, noting that people on oxygen will need extra tanks.

Other suggested items include extra keys, hygiene products, clothes and pet supplies. Cold items can be placed in coolers if the power goes out, and a ready car kit will include tire patches, blankets and such.

“I think most importantly have emergency contacts with you, have them written down, not on your phone,” she said.

Before the storm approaches, people should secure their home and any loose items.

“It doesn’t take much for them to get picked up and moved around,” Buikema said of trash cans.

Barrett emphasized for people to be careful while doing so.

“We run a lot of calls of people injuring themselves before and after storms,” he said, explaining that ladder falls are usually before a storm and chainsaw incidents are usually after it during clean up.

Before, during and after a storm, monitor the city and county websites and local media.

“That’s going to be your best source,” Buikema said. “They’re going to be up-to-date on your meteorological information.”

Once the storm passes, wait until it is daylight to venture outside and assess the property.

“We definitely don’t want you going out after the storm when it’s still dark out,” she said, citing the dangers of downed power lines and tree limbs. “It’s very dark out here once the lights are out.”

Barrett added that people should avoid all downed lines.

“Any line that’s on the ground should be considered a power line,” he said. “Treat every down line as a power line.”

People who plan to use a generator if the power goes out need to follow the safety instructions.

“They do not go inside, and they shouldn’t be right on the back porch where the exhaust is going to go into the house,” Barrett said, adding they should be placed several feet from a home and windows.

“And remember, those things get really hot,” he added.

Buikema suggested testing the generator and having it ready to go before the storm hits.

Sanibel and Captiva should also be prepared for a major hurricane and evacuation.

Buikema explained that Lee County orders evacuations based on zones – the islands are Zone A.

“If we’re asking you to evacuate, we’re seeing the potential for major storm damage,” she said.

Barrett stressed having a plan in place now for where to go.

“When all the equipment and emergency personnel leave the island, we would hope people would be leaving as well,” Barrett added.

To be prepared for a major storm, have a “go bag” or “bug out bag” ready.

“As soon as we post the evacuations, you should have prepared yourself to evacuate,” Buikema said.

Buikema suggested people include a sleeping bag in case they end up at a shelter.

Before evacuating, should secure the home and property as much as possible.

“Take loose items inside,” she said.

“Bring in loose furniture, button up things that can fly around and go through a window,” he said.

“All homes should have hurricane storm shutters or windows,” Barrett said, adding that shutters can be put up early. “It’s always easier to put up shutters and things when the storm is not on top of you.”

He also recommended that people turn off their utilities when they evacuate.

Those with special needs who intend to go to a shelter will need to sign up in advance.

“F.I.S.H. of Sanibel-Captiva has a really great program for those citizens,” Buikema said, noting that the organization has a packet available to fill out. “You do have to be registered in order to go.”

Other preparations include topping off the vehicle’s gas tank and getting cash.

“Because cash is king when you don’t have power,” Barrett said.

Buikema reiterated the importance of monitoring local officials and media.

“If you have any hesitation on whether to leave or not to leave, we ask that you just leave,” she said, adding that this especially applies to those with small children, pets or loved ones with medical issues.

Lee County’s site is at www.leegov.com/publicsafety/emergencymanagement.

As hurricane season is officially underway, Lee County is again spreading the message of preparedness to its ...

The hurricane season officially started on June 1 and runs until Nov. 30. The American Red Cross urges people to ...