If you bought a pumpkin, hopefully to carve a silly face for Halloween, and it’s still in fair shape, what do you do with it? It is on its way to rotting and becoming mush. You don’t make pumpkin pie out of it now. You could stuff a potted plant in it and use it temporarily as a vase. Or, you can line it with plastic wrap, then, fill it with potting soil, and plant a plant. Eventually, you plant the whole shebang into the ground or garden. The rotting pumpkin nourishes the plant. That is one way to wipe that silly Halloween smirk off your pumpkin’s face.

In my case, I didn’t carve a face, I bought small gourds to decorate with, and needing a fall-themed design for my Potpourri Design class, I took the 4 1/2-inch wide and 3-inch tall pumpkin gourd, carved it out to fill it with oasis for a petite design for my class, and built a fresh flower design. Now that is fading, and my small pumpkin is still firm. I’m toying with the idea of stuffing it with potting soil, then planting a succulent inside it.

Anything that can hold dirt can become a planter. If your pumpkin is larger than mine, you can do two or three plants. Pick at least one tall plant and one trailing plant. I just want one small succulent.

Succulents are very popular right now. Needing little maintenance, it will outlast the pumpkin, but they will be around long enough to get me through Thanksgiving decorating. I can circle it with my other small gourds, fall leaves, for a centerpiece.

In a regular sized pumpkin, mums would be a fall-themed plant to grow, but for the sake of a deteriorating pumpkin, one needs to choose shade plants to help the pumpkin last longer. After you’ve cut the top off and scooped out the innards, you fill about one third of the pumpkin with potting soil, put the unpotted plants on top and fill with lightweight potting soil around them until the soil of the plant top reaches the level they were originally in their pots. If it is planted too deep, the plants will probably rot.

When the pumpkin starts to decline, plant the pumpkin in the ground and let the pumpkin provide the natural fertilize, water it in and viola’, happy growing.

Now my little pumpkin is small and hard, no room for more than one plant. Succulents don’t need a lot of water, I’m figuring. I can have a centerpiece display for a couple of months. Gets me close to Christmas and the “fa-la-la.”

I’ve seen it suggested that seeds can be planted in the soil, and I wonder if the carved pumpkin can last long enough to provide a full-grown seedling to plant.

Pumpkins denote magic to children. Nursery rhymes were supposedly based on historical events as a way of spreading gossip about their royalty in jolly old England. Thus Peter, Peter Pumpkin Eater was a long-ago tale of an unfaithful wife. The reasons have gone away, but the rhymes remain. Cinderella and her pumpkin coach have carried her tale for many years and venues.

As we mature, visions of pumpkins dance in our heads, becoming, pies, cakes, souffles and other desserts. A perpetual symbol of fall for decorating, pumpkins and gourds cheer us. The scooped-out seeds can be cleaned, roasted, oiled, salted and munched on for nutritious treats.

Pumpkins are 100 percent American in origin. The heat discourages pumpkin growing in Southwest Florida. High temperatures discourage female blossoms. Pumpkins grow in northern Florida. If you want a pumpkin by October, you need to plant no later than July, and they will never be big ones like the Midwest produces. To grow one is expensive in Florida, so it is cheaper to import them from up north.

Seminole pumpkin is really a calabaza squash. Even though it’s considered a vegetable for cooking, botanically speaking, squash is a fruit (being a receptacle for the seeds).

I have seen one plant take over a 25-square-foot area. They seem to grow crazy once they take off. Organic soil, lots of sunshine, lets them flourish. Water often to start, never from overhead late in the day. That encourages stem blight. Powdery mildew is not on their to do list, ‘tho. Leaves have natural mottled white spots, which may startle you into thinking it’s mildew, but relax, it’s not. With both sexes in their blossoms, male OR female, growing on the vines, males come first and abort. Male blossoms are delicious battered and fried. The whole vine is edible; you can stew up fresh tip shoots and young leaves. With the light beige pumpkin/squash around three pounds, you have a fall feast. If you want seeds to replant, don’t grow other varieties of squash near by. Cross pollination occurs. Nemotodes may come and plug up the roots, but as the stem grows, its ground touching nodes re-root and you have fresh vines growing. The fruit stores longer with some stem attached.

Also, I think they are photo-periodic plants, plants that bloom in the Fall Equinox when the days grow shorter.

So, you have the choice of, “to be or not to be” a jack-o-lantern

Don’t forget to thank a tree.

Joyce Comingore is a Master Gardener, hibiscus enthusiast member of the Garden Club of Cape Coral. 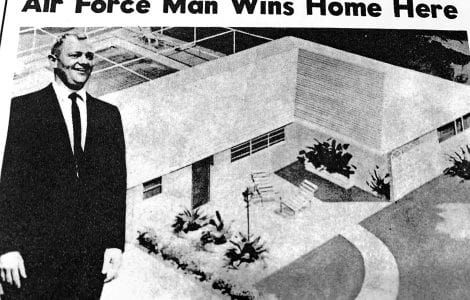