What we have is a refusal to recognize the truth

Mr. Richard Wallace’s response to my previous letter regarding Justice Kavanaugh’s fitness to sit on the Supreme Court fails on so many levels I’m wondering if my letter was even read!

The headline to the letter writer’s response states, “Republicans handle the truth better than Democrats.” According to the Fact Checker, Trump has made over 10,000 false or misleading claims since becoming president. You Republicans wouldn’t recognize the truth if it bit you in the backside.

Second, the letter writer refers to me as a “she.” Galen is a male name of Celtic ancestry. He then states he wonders where I got my info although my letter documents where each and every piece of information originated.

The letter writer pontificates if I had ever been blamed for something I did not do? Of course I have. I don’t know anyone who hasn’t. Is this supposed to be a vindication of Justice Kavanaugh’s despicable behavior toward women?

I was than admonished for stating the judge was molesting numerous women when it was only Christine Ford. Excuse me! At least two other women, Deborah Ramirez, and Julie Swetnick, came forward with similar claims.

The letter writer than opines that Ms. Ford, being a woman (gasp!) would not necessarily tell the truth. Spoiler Alert: Ms. Ford took a polygraph exam conducted by retired FBI agent Jerry Hanafin, who certified results showed she was being truthful. Justice Kavanaugh, of course, was not required to take a polygraph exam which could have indicated he was lying!

Content with the above shower of misinformation heaped upon my original letter, the letter writer than proceeds to reveal his true “Trumpuppet” ideology and suggests that my news channels are CNN and MSNBC. I’m willing to bet his information is limited to FOX, whose founding CEO, Roger Ailes, was a former Republican media consultant.

This will be my last letter to the editor. There is no point in attempting to reason further with “Trumpuppets” because no fact-based truth will reach these people. They don’t want to hear the truth because they don’t want their illusions challenged. They believe all their problems are caused by others – people who are different than them or have beliefs different from theirs. The very ideals and differences that did make this country great are lost on these people. 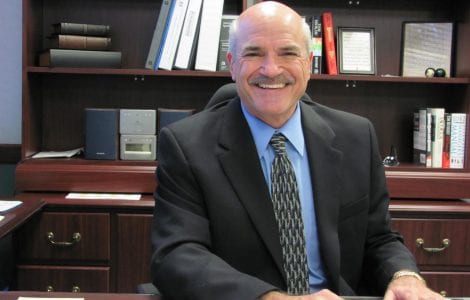