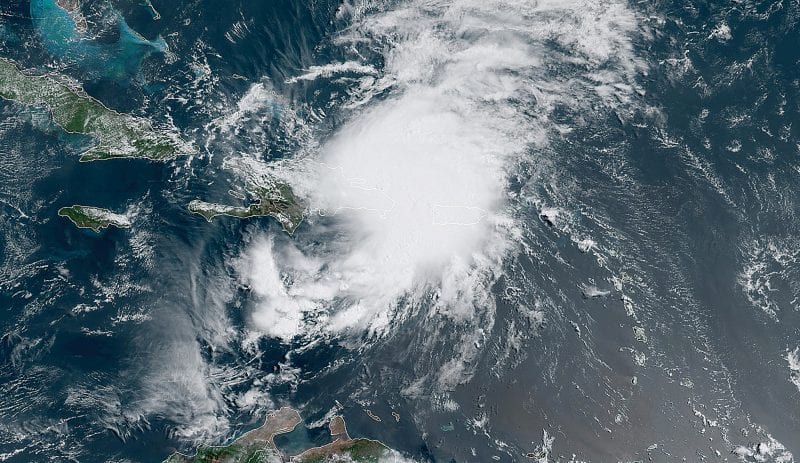 For the first time in an already busy Atlantic Hurricane Season, a named storm is expected to affect Florida.

As of the center’s 5 p.m. update, a Tropical Storm Watch has been issued by NHC for the east coast of Florida from Ocean Reef northward to Sebastian Inlet. A Tropical Storm Watch means that tropical storm conditions are possible within the watch area, generally within 48 hours.

Tropical Storm Isaias formed Wednesday night and on Thursday battered Puerto Rico and the Dominican Republic with maximum sustained winds of 60 mph. Isaias will impact northern Haiti, the Turks and Caicos and the Bahamas through Friday.

Good news for Southwest Florida residents is that current models see the east coast of the state and country more likely to get the brunt of the storm.

“Lee County continues to monitor the tropical storm,” said Lee County spokesperson Tim Engstrom. “It’s too early to tell if it will have any impacts to Florida, but as we near the peak of hurricane season, now is a great time for residents to review their hurricane plan and check their disaster supply kit.”

According to NCH, “There is a risk of impacts from winds, heavy rainfall, and storm surge along portions of the U.S. east coast beginning this weekend in Florida and spreading northward to the Carolinas and southern mid-Atlantic states early next week.”

According to NOAA meteorologist and spokesperson Dennis Feltgen, impacts could occur for Florida both Saturday and Sunday, depending on the size of the system and the track.

It is still too early to tell how the storm will continue to develop, said forecasters.

“Due to Isaias interacting with Hispaniola, the details of the track and intensity forecast remain uncertain, and it is too soon to determine the magnitude and location of these potential impacts.”

According to the NHC, Isaias was centered about 85 miles southeast of Puerto Plata, Dominican Republic early Thursday afternoon. It was moving northwest at 20 mph and its center was forecast to move near the southeastern Bahamas by early Friday.

According to Colorado State University hurricane researcher Phil Klotzbach. Isaias is the earliest ninth Atlantic named storm to form. The previous record was Irene on Aug. 7, 2005, Klotzbach reported via Twitter.

So far, 2020 has broken many records for named storms that includes Cristobal, Danielle, Edouard, Fay, Gert and Hanna — which have also been the earliest named Atlantic storms for their alphabetic order.

Feltgen, along with Engstrom, said now is the time to get prepared, as the late summer months are often the most active during the Atlantic hurricane season.

“”It is very important that residents have an up-to-date personal hurricane plan, have the necessary supplies and keep checking in for the latest updates,” Feltgen said.

Lee County has provided information about preparedness, including videos and print materials at www.leegov.com/hurricane.