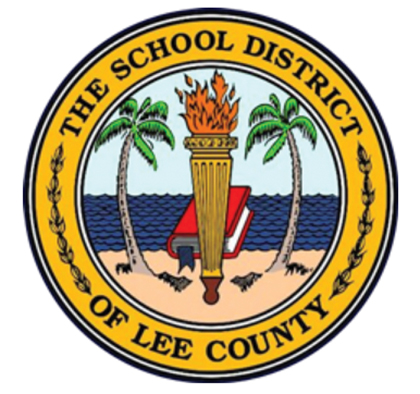 The school board approved a 2020-2021 tentative budget of $1.8 billion during its Tuesday budget hearing.

The first recommendation was for the tentative proposed required local effort millage of 3.810 local mills with a proposed amount to be raised of $353,276,990. The RLE millage includes basic RLE of 3.805 and a prior period adjustment millage of .005.

Board member Chris Patricca moved to approve the motion and a second by Board Member Cathleen O’Daniel Morgan. The motion passed unanimously.

The second recommendation was for the school board to adopt the tentative proposed basic discretionary millage of .748 mills with a proposed amount to be raised of $69,357,268.

Board Member Betsy Vaughn moved to approve the motion and a second by Board Member Gwyn Gittens. The motion passed unanimously.

Board Member Melisa Giovanelli moved to approve the motion and a second by Morgan. The motion passed unanimously.

The fourth recommendation for the board was to adopt the Resolution Determining Revenues and mileages levied and the resolution adopting the tentative millage rates for the fiscal year 2020-2021.

Vaughn moved to approve the motion, which was seconded by Board Member Debbie Jordan. The motion passed unanimously.

Board Member Morgan moved to approve the motion and Jordan second. The motion passed unanimously.

The sixth recommendation was for the board to accept the 2020 Certification of Taxable Value for Lee County, form DR4205, and authorize the superintendent to complete and execute the form.

Patricca moved to adopt the recommendation and Morgan second. The motion passed unanimously.

Tax rates tentatively approved are caps; rates may be lowered by not increased through the public hearing process.

A public hearing on the final 2020-2021 millage levies and final budget has been set for Tuesday, Sept. 8, at 5:05 p.m. in the Lee County Public Education Center board room.

Before the board approved the tentative budget, business services went through a presentation to discuss the budget in more detail.

Business Services Director Kelly Letcher defined the roll back rate — the millage necessary to generate the same amount of money as raised the prior school year using the current year’s tax roll. The roll back rate is 5.9168 mills and the proposed millage rate for 2020-2021 is 6.058 mills, which is a decrease of .089 mills from the 2019-2020 millage rate of 6.147 mills.

The tentatively approved rate would generate approximately $25.6 million more than the previous year because of the increase in the tax roll.

One mill is equal to $1 for every $1,000 of taxable assessed property valuation.

“As you can see our millage rate continues to drop, and that is not unusual as the tax roll goes up, the millage rate traditionally will go down in order to hold down the amount of money the district generates off the increased tax roll,” Letcher said.

Chief Financial Officer Dr. Ami Desamours shared information about the tax roll history. She said it is the eighth year in a row for a tax roll increase for the district, a 6.32 percent increase of the tax roll in the amount of $96.5 billion, which is the largest increase in the tax roll since 2018.

A graph was shown that a 3 percent increase in their taxable value for those under the Save Our Homes Amendment on a $200,000 home, would likely see an increase in their taxes of about $21. Desamours said it is the same for those who see a 6.32 percent increase, which is the percent that the tax roll will increase this year, for a $200,000 home that is not homesteaded. It would increase a little less than $59 for school taxes.

Desamours said the millage rate will generate about $55.6 million more than the previous year because the increase in the tax roll. She said the total proposed millage levy is 6.058 with a total amount to be raised of $561,719,687.

Letcher said each part of their budget is earmarked for specific purposes. The General Fund is the main budget that pays for operating expenses and teachers, as well as everything else that goes along with that.

The Debt Service pays for the debt of the district’s schools and the capital fund is used to build schools, buy equipment and provide maintenance services. The Food Services portion of the budget supports the breakfast and lunch program for all students; the Special Revenue federal funds are funds that the district receives through grants for specific purposes and the Internal Services are for insurance costs for the district.

The General Fund, which covers the district’s daily operations, is $954.4 million, or 52 percent of the total budget to support more than 96,000 students. The General Fund, Letcher said, is targeting some initiatives such as the teacher salary increase that the governor put into the budget; reading initiatives at the elementary level; continuation of additional 30 minutes at select elementary schools; standardized middle schools scheduled and additional ESOL supporters.

The Florida Education Finance Program was also presented to the board during the budget hearing. For Lee County there is $765.5 million in total FEFP revenue, a $30.6 million increase from the previous year.

Letcher said that is a 2.3 increase in per pupil funding, but with that being said it is a 1 percent increase for the teacher salary allocation. She said approximately $4.5 million of the total from the Florida Education Finance Program will go towards the private schools scholarships, which is $7,969 per FTE.

Desamours said about 69 percent of the operating fund goes into instructional and direct school expenses. She said they want to focus on the 9 percent piece of the pie, which is contingency and reserves, which is going to play a very important part of the budget this year.

“Our reserves protects the district’s financial position as we plan for this year and future years as we expect our current circumstances will have a long impact both on the state and local financial condition,” Desamours said. “As part of the 9 percent piece of pie, we do have set aside the board’s contingency of 3 percent of the revenue, which is equal to about $24 million this school year.”

She said also part of that number, the 9 percent, the district has $15.9 million set aside for reserves for future reduction and needs. Desamours said they could expect a mid-year reduction in the budget with the loss of state revenue over the last couple of months of what has happened in the economy due to the COVID-19 shutdown.

“We expected some significant governor budget reductions at the beginning of the fiscal year. We did have a slight reduction, as you all are aware with the loss of the schools recognition dollars and the lottery dollars, but that was a relatively small decrease compared to the loss of revenue at the state level,” Desamours said. “We will be monitoring what happens at the state level in terms of those losses of revenue, but we do believe that we need to position the district to handle anything in future reductions in revenue based on how the state is collecting revenue throughout the rest of the year.”

She went on to say the district will have many needs this year based on going back to school during the pandemic with personal protection equipment, different equipment and cleaning supplies, contract services to bring in to handle that cleaning.

Desamours said those funds will also be used to meet those needs when they do arise. She said they are also garnering all the dollars that they did not spend in the previous year.

“By taking those dollars, kind of reserving them in the next year’s budget, we are hoping to use those to effectively plan for any future reductions, and additional needs that the school district may have. It also puts us into a better position to handle what will come in fiscal year 2022 budget as we expect it’s going to be a long-term proposition to have to deal with some budget difficulties based on our current situation,” Desamours said.

The current budget for food service is $55.5 million, which includes breakfast and lunch for every child at no additional cost to parents. Letcher said they will continue with the community eligibility program in fiscal year 2021.

The biggest grants the school district has is Title 1, IDEA, and other federal grants, which currently stand at $69.9 million. That amount will continue to increase as the district continues to receive more grants.

Letcher said included in that amount is CARES Act funds, which were given to the district due to COVID-19.

There are six parts of the CARES Act:

Desamours shared information about the capital funds, which in the tentative budget is at $524.7 million. The sole funding for this is local property tax and sales tax.

Desamours said they will receive about $57 million in sales tax revenue in this fiscal year.

“We will be watching that closely as everything is happening within our local economy. It will have a large impact as to how and when we collect those sales tax revenues,” Desamours said.

The presentation then went into COVID-19 and how the funds are being used. She said in the general fund personnel protective equipment and deep cleaning and disinfecting money will be used.

In the capital fund, they have budgeted for student technology in the case of digital learning, and hot spots will come out of the special revenue CARES Act funds. Desamours said in food services they will be expending funds to make sure they can accomplish mobile feeding for those students that do not come face-to-face everyday. She said those students involved in Lee Home Connect will still have the opportunity to go to the school in their area to be provided meals if they need that service.