Everglades restoration gets another boost 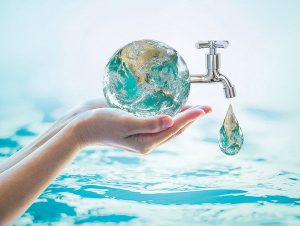 This past Tuesday, President Donald Trump submitted his budget request to Congress for Fiscal Year 2021, which included $250 million for South Florida Ecosystem Restoration.

According to Gov. Ron DeSantis’ office, this money was included thanks to a recent letter from the governor to the president requesting that he include $250 million in his request to Congress, building off of last year’s $200 million in federal Everglades restoration funding.

“President Trump understands that restoring Florida’s Everglades is critical to the economic growth and well-being of our state,” said DeSantis, in a release. “This $250 million in federal funding, combined with more than $300 million of state funding for the Everglades in my recommended budget, will help us achieve our long-term environmental goals. The ball is now in Congress’s court to grant the President’s request so we can continue our efforts of restoring one of America’s most prized natural resources.”

DeSantis, in his letter to Trump, said the 50/50 federal-state partnership to restore the Everglades remains essential to sustaining Florida’s economic growth, protecting Florida’s unique environmental character and enhancing the quality of life for residents.

“I am extremely pleased to see President Trump continuing his commitment to our Everglades,” Eagle said. “His $250 million proposal is in addition to $200 million he committed last year. We have worked tirelessly at the state level towards Everglades restoration and water quality, to the tune of over $680 million last year and a proposal of nearly $650 million this year. I am extremely grateful to President Trump and Governor DeSantis for their leadership.”

Eagle is among those currently running for U.S. Representative for Florida’s 19th Congressional District seat, currently held by Francis Rooney.

Noah Valenstein, secretary of the Florida Department of Environmental Protection, called the Everglades a unique treasure for Floridians.

“The Everglades are not only a pivotal part of Florida, but a one-of-a-kind treasure of the United States,” Valenstein said, in a release. “Thank you, President Trump, for exemplifying environmental dedication at the national level and for providing federal support that will expand our efforts to protect Florida’s water quality. I look forward to extending our initiatives past state lines and working with the President and Governor DeSantis to continue defending America’s Everglades.”

Eric Eikenberg, CEO of The Everglades Foundation, also showed his support of the budget request from Trump.

“We want to thank President Trump for listening to the bipartisan Florida Congressional delegation and the more than 40,000 people who contacted the White House expressing their love of America’s Everglades, their desire to solve Florida’s water crisis and their strong support for Everglades restoration. Today’s reported announcement is a victory for each and every one of them.

“This $250 million — a $50 million increase over this year’s funding — is the minimum investment needed for the next fiscal year to restore America’s Everglades for future generations, reduce polluted water discharges from Lake Okeechobee to Florida’s coastal communities, and help ensure clean drinking water for more than 8 million Floridians. It is also a necessary first step in a ramp-up of future investments needed that will allow construction to be completed on the ambitious schedule advanced by Florida Governor Ron DeSantis.”

In DeSantis’ letter, he also touts the importance of the Comprehensive Everglades Restoration Plan projects — which will continue to need funding to become complete and are an integral part of restoring Florida’s waterways.

“Under Governor DeSantis’ leadership, there is historic momentum for Everglades restoration in both the Sunshine State and Washington,” Bartlett said, in a release. “$250 million in federal dollars coupled with the Governor’s $625 million request for Everglades restoration and water quality will continue to expedite critical restoration projects including the EAA Reservoir Project. The continued strong partnership between the federal government and the DeSantis Administration is bringing meaningful progress to restoring America’s Everglades.”