The Cape Coral City Council has had an issue dealing with speed limits in recent years with some residents, particularly those who live on cul-de-sacs and minor roads believing the 30 mph speed limit is too fast.

On Monday, during its regular meeting at 4:30 p.m. at City Hall, Council will grapple with the reduction of speed limits on one of the busiest roads in the city; Southeast 47th Terrace.

Council will discuss a resolution to lower the speed limit on the road that serves as the heart of the South Cape Entertainment District from 30 to 25 mph.

The enabling resolution states the city wants to change the speed limit between Coronado Parkway and Del Prado Boulevard as a way to promote the safety and well being of its residents.

The city conducted an investigation into the speed limit change and decided it was a reasonable request.

In a memo from City Manager John Szerlag, Public Works Director Paul Clinghan and William Corbett, traffic engineer, a speed study was conducted following the Southeast 47th Terrace streetscape project, which stated that with the increase in pedestrian and bicycle traffic due to the pedestrian friendly design, the 25 mph speed limit is appropriate.

“We’ve narrowed the roads and tried to make it more pedestrian friendly. I support making that change,” Councilmember John Gunter said. “We’ve taken a look at it and that recommendation was made.”

The change also will reduce the roadside clear zone requirements, resulting in a larger available furniture zone area in front of businesses.

In other business, Gunter has requested an update on the accelerated construction of Fire Stations 12 and 13.

Gunter inquired about the feasibility and budgetary impact of advancing the construction of the fire stations one year.

The goal is to improve response times for arrival, especially in the area of Station 13 (Del Prado Boulevard and Pine Island Road), which has seen exponential growth.

Fire Chief Ryan Lamb is expected to give Council two options: to advance the existing plan one year or do so and utilize fire impact fees for design and capital expenses, which are anticipated and should not have any budgetary impact from what’s already planned.

Staff recommends the first option, with Station 12 expected to take between 18 and 24 months from approval to operation. It would cost the city an additional $1.6 million annually to operate the station.

“We’re not going to get it done in a year, even if we OK it this week,” Gunter said. “Even with the design phase, we wouldn’t be able to start construction for at least 12 months.”

Station 12 is expected to cost $5.2 million and Station 13 is expected to be $5.9 million, according to Andrea Schuch, spokesperson for the Cape Coral Fire Department.

The city council is also expected to discuss which recruitment firms are available for the city to use to help find a new city manager to replace John Szerlag, who is set to retire in November.

Each week through the primary, The Breeze will ask the candidates for Cape Coral City Council an issue-related ... 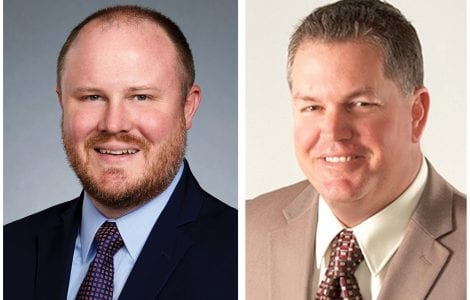 Meet the candidates for property appraiser