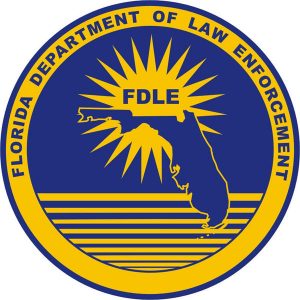 The Florida Department of Law Enforcement announced Thursday the arrest of nine suspects in connection with a scheme officials say defrauded the Lee County Port Authority out of more than $700,000.

Another suspect remained at large.

The suspects were part of an alleged scheme involving “fake employees” of a janitorial services company contracted by the Lee County Port Authority.

“I want to acknowledge the excellent work done by the Lee County Clerk of Court’s Inspector General’s Office and our special agents who investigated this case. Thanks to their efforts, along with support from the State Attorney’s Office, this fraud was identified and stopped. Those charged in this case will be held accountable,” said FDLE Fort Myers Special Agent Vaden “Shane” Pollard. “The Port Authority is the victim in this case, that paid for services at our local airports. Services that were never received and not even needed.”

Pollard said the investigation began in 2018 via an anonymous complaint was submitted to the Lee County Clerk of Court and Comptroller Inspector General’s Office before being sent to the State Attorney’s Office 20th Judicial Circuit and referred to FDLE for investigation.

FDLE agents believe the scheme was orchestrated by Thomas Brennan, 71, of Fort Myers, the site manager for Triangle Services of Florida Inc., which provides janitorial services for the Lee County Port Authority.

FDLE alleges Brennan falsified timesheets he submitted to the Port Authority, charging them for hours never worked and even turned in timesheets for “ghost employees,” or, individuals who were never actually employed by Triangle Services.

To avoid suspicion, FDLE said Brennan added the ghost employees to overnight janitorial shifts. The timesheets were submitted by Triangle Services overnight shift supervisor Solomon Cokes and then approved and submitted to the Port Authority for payment.

FDLE said the ghost employees had their checks deposited directly into their bank accounts, which they would then partially funnel back to Brennan.

“The intricate maneuvering by the defendants arrested for these charges reveals a concerted effort to conceal alleged crimes against Lee County and the citizens of Southwest Florida,” said State Attorney Amira Fox. “I am proud of the involvement of the State Attorney’s Office Economic Crimes Unit for their work on this complex financial crimes case. The arrests announced today triggers the prosecution of these individuals. The unraveling of this multi-layered scheme has involved extensive interaction between the State Attorney’s Office and our law enforcement and government partners; all tasked with protecting our community and accounting for the taxpayer’s money.”

FDLE stated that prior to the initial allegations, the Inspector General’s Office announced an audit of the Triangle Services contract in January of 2018. Following that announcement, Brennan reportedly ordered all on-site timecards be destroyed in an attempt to cover up his wrongdoings.

“The Inspector General systematically audits county government to improve operations, find and put an end to any fraud waste and abuse and protect your tax dollars,” said Lee County Clerk of Courts, Linda Doggett. “I am incredibly proud of the IG’s thorough and professional investigation in this matter. And I appreciate the partnership we have with the State Attorney and FDLE and the outstanding work that they do.”

Those charged Thursday include:

One suspect, Kim Ormiston, remained at large at press time.

The Office of the State Attorney, Twentieth Judicial Circuit will prosecute this case.