Back on the table: Cape to consider new noise ordinance 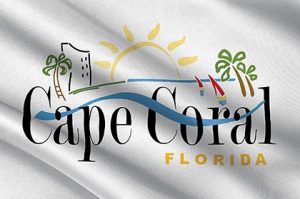 The city of Cape Coral’s long — and much — discussed noise ordinance will come back to City Council Monday.

In addition to specifics for the South Cape entertainment district, the revamped measure readdresses the city as a whole with particular emphasis on rentals, where noise is said to be a special problem due to parties, loud music and more.

“We wanted to make sure the ordinance not only addressed the South Cape but also residential neighborhoods,” Mayor Joe Coviello said. “We made sure to address amplification of sound being prohibited.”

The current ordinance requires decibel readings that city officials say are unclear and subject to interpretation. Current law also does not address certain types of noise, such as from motor vehicles, and parts of the ordinance make it hard to enforce based on certain conditions, officials said.

The current ordinance also is problematic where it describes a type of noise as a possible infraction, and isn’t practical in some areas due to the proximity of the different zoning areas.

The proposed ordinance would address motor vehicle noise, have decibel readings for the entire city with measurements taken from the property line of the property generating the sound. Decibel levels have been slightly adjusted due to the change of location and an officer could cite using a decibel meter or cite without witnessing a violation based on the “totality of circumstances”

“It will help the vacation rental situation that officers will be able to take a statement to issue a violation based on the totality of circumstances. That should give enforcement more teeth than it had before,” Coviello said.

Amplified sound outside of a building is prohibited between 11 p.m. and 7 a.m., unless the sound is associated with a special event for which a permit has been obtained from the city.

Noise would be deemed unreasonably loud if the sound is plainly audible 100 feet from the property line of the source of the sound at or within a fully enclosed structure or the sound meets or exceeds 73 dBA or 75 dBC between 7 a.m. and 11 p.m., or 65 dBA or 67 dBC between 11 p.m. and 7 a.m.

The A and C levels means the sound pressure levels as measured by a sound meter using an A- or C-weighted network.

Police Chief David Newlan will say in his presentation the new ordinance is more practical and useful for property owners and enforcement purposes and increases the ability for judicial success of civil judgment against the offender.

The ordinance was first discussed in April 2018, with the idea of increasing noise levels in the South Cape Entertainment District to accommodate Bike Night and outdoor concerts and was reintroduced in July and September. Each time the proposal was withdrawn for additional review and modification.

Council also is expected to consider a resolution to approve the funding for the design work for a proposed public safety training facility. A contract will be brought forward for approval at a later date once procurement is completed. The cost would be $650,000 and funded with police impact fee reserves.

Also on Monday’s agenda is a possible sale of property to Habitat for Humanity and upland canal rights-of-way.