Cape man charged with assault after being shot 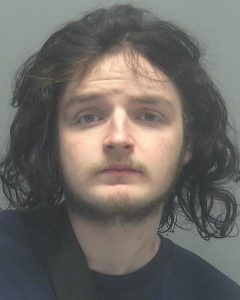 On July 18, 2018 at approximately 7 p.m., Cape Coral Police responded to a call for service reference to a shooting.

The CCPD report, issued just before 9 a.m. today, states that a heated argument involving several family members escalated when Tyler Matthew Dale, 18, said he was going to kill the family and began to walk toward a room where there was a known firearm.

Cape Police said one of the family members described a well-founded fear that Dale would carry out his threat, so she shot him with a 9mm firearm.

The Investigative Services Bureau of the Cape Coral Police Department responded and took over the investigation, which is ongoing.

Police reported that Dale was transported to a local hospital, received treatment and was later medically cleared. He was then transferred to Lee County Jail and charged with simple assault with intent to do violence.