Sgt. Charles Andrew MacGillivary was honored in 1946 for actions in the Battle of the Bulge during World War II 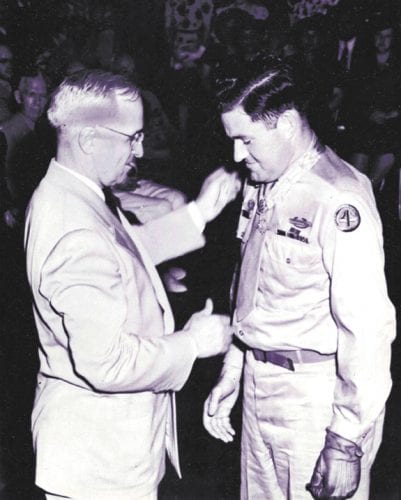 This August will mark 75 years since Sgt. Charles Andrew MacGillivary was distinguished with the Medal of Honor by President Harry Truman for his valiant actions in the Battle of the Bulge during World War II.

MacGillivary’s daughter, Charlene Corea, said she supports a veteran’s memorial on Fort Myers Beach to honor all veterans. Corea, who lives on Fort Myers Beach, said she supports the use of Bayside Park for such a memorial. “I believe it would be very relevant to our community to have this location made into a Veterans Memorial Park for all Veterans living and deceased for a place to reflect, pray and remember all their sacrifices,” she stated in an email. “Perhaps it would be an inspiration also to future generations to realize the sacrifices made and the honor to serve this country.”

MacGillivary, who died in 2000, was honored again four years ago with the dedication of the naturalization office of the U.S. Citizenship and Immigration Services’ field office in Fort Myers.

MacGillivary, a native of Canada who immigrated to Massachusetts during the Great Depression and joined the U.S. Army after the attack on Pearl Harbor during World War II, lost his left arm during an attack against a German offensive in France. He was credited with destroying four German machine guns and numerous German soldiers while scouting out the enemy’s offensive, helping his company in its mission with minimum casualties.

The location of Bayside Park was suggested for a veteran’s tribute in March during a presentation to the Town Council though the site has also stirred controversy as a plan presented in June by Fort Myers-based planners DRMP to the council would have placed a 40-foot-high building with showers, restrooms and a laundry facility there.

Mayor Ray Murphy said those plans have been “shelved” and “put on the backburner.” Murphy said a veteran’s memorial at the park “might be a good possibility.” Murphy said he has been contacted by a few veterans in support of the park.

Councilmember Jim Atterholt, who was contacted by Corea, said her letter was “very powerful” in describing her father’s story and her support for the memorial. “Her father’s service was very moving and very encouraging,” Atterholt said.

Atterholt said he believes Bayside Park is “absolutely the right place” for a memorial on the island. “It needs to be significant,” he said. Atterholt said the concept for the memorial should involve the input of local veterans. He said a memorial was something that even those who opposed the previous Bayside Park plans, could support.

For Corea, she has been able to keep a firm hold on the memory of her father who returned home from the war and went to work in for the City of Boston before moving onto a career with the U.S. Customs Service. Corea said he also worked to help homeless veterans.

MacGillivary came to Massachusetts to live with his older brother and found work in kitchens, Corea said. At one point, he served with the Merchant Marines before eventually moving on to the U.S. Army and becoming a naturalized American citizen.

Charlene and Ed were attracted to Fort Myers Beach for its proximity to the spring training home of the Boston Red Sox. The family has a photo of future President John F. Kennedy with MacGillivary before a Boston Red Sox game in 1946. The two are both holding onto a baseball that Corea said is still in the family’s hands. Kennedy was running for a seat in the House of Representatives that year, the first elected political office he would hold. Corea said that MacGillivary would sometimes appear at campaign events with Kennedy.

Another photo the family holds dear is one with MacGillivary being given the Congressional Medal of Honor by President Harry Truman in August of the same year.

One of the stories that MacGillivary would tell about the life-changing exchange he had with German troops was that after his arm was blown off, he shot back at the Germans and then instinctively covered his shoulder in the snow. If he had been shot in Iwo Jima, MacGillivary would say of the famous battle against the Japanese on the Volcano Islands — he would have died, Ms. Corea recalled him saying.

Corea hopes her father’s story and the memories of other veterans who have served the country will be rewarded with a memorial on Fort Myers Beach. “There is nothing on the Beach for the veterans,” she said.

She likes the location by the proposed memorial overlooking the bay.

“The water gives you life and hope,” Corea said.

He led a squad when his unit moved forward in darkness to meet the threat of a breakthrough by elements of the 17th German Panzer Grenadier Division. Assigned to protect the left flank, he discovered hostile troops digging in. As he reported this information, several German machineguns opened fire, stopping the American advance. Knowing the position of the enemy, Sgt. MacGillivary volunteered to knock out 1 of the guns while another company closed in from the right to assault the remaining strong points. He circled from the left through woods and snow, carefully worked his way to the emplacement and shot the 2 camouflaged gunners at a range of 3 feet as other enemy forces withdrew. Early in the afternoon of the same day, Sgt. MacGillivary was dispatched on reconnaissance and found that Company I was being opposed by about 6 machineguns reinforcing a company of fanatically fighting Germans. His unit began an attack but was pinned down by furious automatic and small arms fire. With a clear idea of where the enemy guns were placed, he voluntarily embarked on a lone combat patrol. Skillfully taking advantage of all available cover, he stalked the enemy, reached a hostile machinegun and blasted its crew with a grenade. He picked up a submachine gun from the battlefield and pressed on to within 10 yards of another machinegun, where the enemy crew discovered him and feverishly tried to swing their weapon into line to cut him down. He charged ahead, jumped into the midst of the Germans and killed them with several bursts. Without hesitation, he moved on to still another machinegun, creeping, crawling, and rushing from tree to tree, until close enough to toss a grenade into the emplacement and close with its defenders. He dispatched this crew also, but was himself seriously wounded. Through his indomitable fighting spirit, great initiative, and utter disregard for personal safety in the face of powerful enemy resistance, Sgt. MacGillivary destroyed four hostile machineguns and immeasurably helped his company to continue on its mission with minimum casualties. 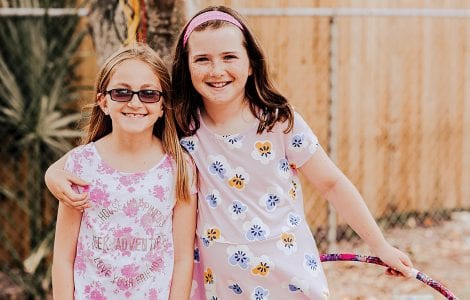 The Alliance for the Arts in Fort Myers, in partnership with the Bailey-Matthews National Shell Museum on Sanibel, ...