The inaugural season for the Players Circle Theatre was certainly a rough one. First the theater wasn’t finished until almost midway through the season, and then the COVID-19 pandemic wiped out the rest of their season just as they were about to launch their fourth show.

The coronavirus could also have an impact on the second season. But if it does, the people running the theater have a plan for that and, if you have a special talent, you may be someone they are looking for.

The Players Circle Theatre and Arts Center, located in The Shell Factory has scheduled its second season to begin in October, barring complications from COVID-19.

If the Players Circle 180-seat theater is not possible at 100 percent capacity, plans are to recreate the space as a 90-seat nightclub with social distancing.

“Right now, things don’t look promising for the state of Florida because we need to be more diligent about wearing masks. I’m waiting this out like all the performing arts center,” said theater director Robert Cacioppo.

Cacioppo is planning for a full season and will make that announcement on Sept. 28, but if putting people elbow to elbow proves to be a no-go as it is now, there is an alternative plan.

“We can turn it into an 80-seat nightclub we can call the Circle Club and we’ll present professional stand-up comedy, jazz quartets, or flamenco artists or even a burlesque group,” Cacioppo said. “And maybe we can do a play with a small cast once a month.”

The Players Circle Theatre is looking for local people to perform on single nights or longer engagements.

Cacioppo said that if the season goes on as scheduled, it will include five productions, including the two slated from last year’s schedule, “Curious Incident of the Dog in the Night-Time,” which closed after one performance because of the pandemic, and “Miracle on South Division Street,” as well as the annual “Ho-Ho-Ho, The Christmas Show.”

Cacioppo would not disclose the other performances, but said the season could end up being something of a hybrid, with local entertainment mixed in with the theater season.

Performers are sought from mid-October through April. The acts should be able to entertain audiences for 60 to 90 minutes and might be included in a variety show. Performances will be held Tuesday through Saturday evenings.

“This would have social distancing with groups and tables at least six feet from the next group. Serve alcohol and have entertainment,” Cacioppo said. “We will run social distancing for a few months and when we have a vaccine we can go back to theatre.”

Auditions will be held on Saturday, Aug. 29, from 10 a.m. to 5 p.m. Prospective entertainers must contact the Box Office at 800-3292 for an audition time or send a video to Rcacioppo@playerscircle.org.

The Players Circle Theatre was developed by veterans of the Southwest Florida theatre movement, Carrie Lund Cacioppo and Robert Cacioppo. 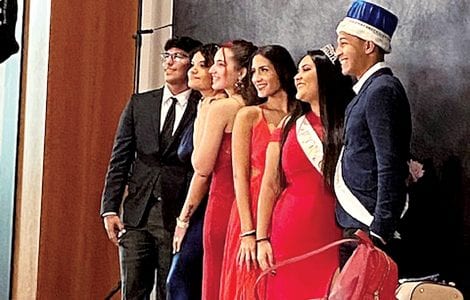