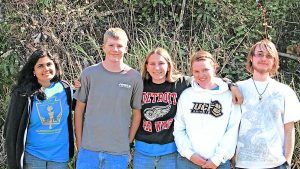 Although the member of the Pine Island Crew did not do as well as they hoped at the First Tech Challenge state championship March 2, they took away valuable information that will help them succeed next year.

The students had to design and create a robot that could grab ahold of rings and place them on different levels of pegs to earn points for the competition.

Junior Jasmine Singh said they made it to state and they know they did their best at the competition. She said the team handled rough scenarios during the competition and was accommodating when different situations arose.

Team captain Gerilynn Rossman, a junior, said the team is proud of the victories they had leading up to the competition because it was much more difficult to be one of the 24 teams to make it to the state championship.

“It was a very good season,” she said.

A lesson the team took away from this year’s championship games is be prepared for the games different leagues play throughout the state of Florida.

The March 2 games were played a little rougher then what the Pine Island Crew is used to competing in with the SWFL FTC League. The team said robots were running into each other causing parts to break, which led to new obstacles.

The Pine Island Crew brought spare parts along, which helped, as well as The WolfTracks, the robotics team from South Fort Myers High School, also, a member of the SW Florida FTC League.

Rossman said there are differences once you get into the bigger communities during a state championship. She said they learned that there are different ideas, styles and interpretations of the rules in the state league.

“The strategy is a lot more intense,” Rossman said. “Everyone is there to win.”

Sophomore Michael Schulte said the competition was just another learning experience for them.

“Hopefully we will be better every year,” he said.

Coach Bill Schulte said the First Tech Challenge would not be what it is without the participation of the students.

“The kids do all the work,” he said. “Without them it doesn’t happen.”

Hel said because of the journey the Pine Island Crew has taken this past year, other schools have contacted it to do robot demonstrations for the students.

Rossman said when the season started they were friends; now that it has come to a close, they are a family.

“It is a huge bonding experience for everyone,” she said. “We are more of a family than a team.”

The team, which is comprised of Singh, Schulte, Rossman, junior Megan Tedlie, sophomore Zach Scribner and sophomore Garrett Bryan, is already thinking of new designs they can use for their robot next year, once the season starts in August.

One of the improvements they want to make to their robot is to have at least six-wheel drive, if not eight-wheel drive.

“We learned that four wheel drive is not enough,” Rossman said.

Throughout the rest of the year and during the summer, the Pine Island Crew will continue to do outreach programs in the community. 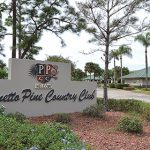 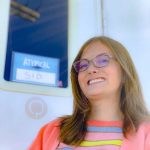 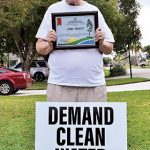